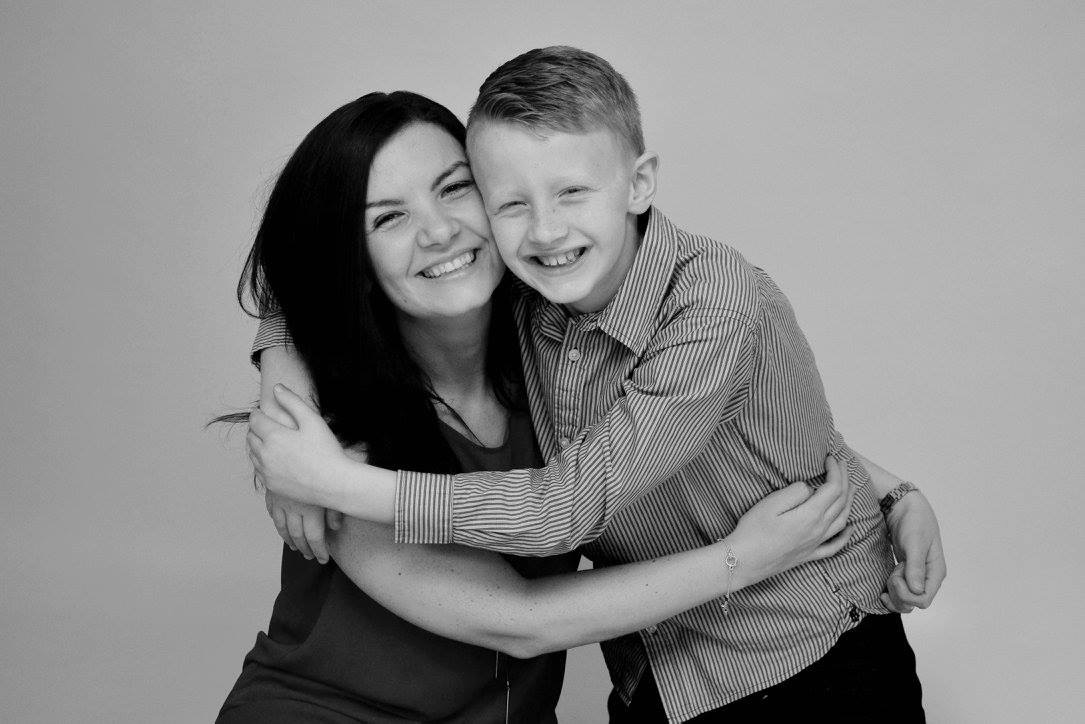 Hello. I am Jillian, 38 years old Paediatric Nurse living in Scotland with my husband Iain and our amazing 10 year old son Callum. Iain and I married young and carefree at 21. Iain was in the Royal Air Force so we made the conscious decision to hold off having a family until the time was right and Iain had served his time. We had lots of fun holidays and saw a bit of the world whilst also working hard and saving money for our first proper “home”. In 2002 Iain was posted to Northern Ireland. This made me so apprehensive and in tears (I believed I would never fit in or make work friends if they knew I was a military wife). That couldn’t have been further from the truth! The people of N.I. were the friendliest we had come across in our travels and we were so happy here that we decided to leave the nomadic military lifestyle behind, settle down and start our family…happy that family and friends from home were only a short flight away. We bought our first home in Ballyclare, County Antrim, and on 12th February 2007 I gave birth to a healthy baby boy, Callum. He was the perfect addition to our wee family and we couldn’t be happier.

Breastfeeding took a while to establish so we never got home until day 4. I had very little sleep since the birth (obvious in pic ) but I had feelings of extreme happiness and elation. My Mum, Dad and Sister were over from Scotland to meet our little bundle. It was PERFECT! Not for long though as at 4am I woke everyone in the house hoovering! My dead grandparents had been talking to me, informing me that Callum was special and sent from God. I was frantically cleaning the house awaiting the arrival of newspapers and television crew and became very agitated as felt nobody was listening. They thought I was dreaming/sleep deprived and kept sending me back to bed. I had periods where I was lucid, I knew something wasn’t right and frantically read through baby books and took notes. I fixed on a single sentence from the birth to five book and self diagnosed Puerperal Psychosis to the midwife the following morning. My folks were worried as they were due to fly home to Scotland. The midwife advised that it was best that Iain and I got time alone to adjust and settle to parenthood so they got the flight home and midwife went back to office to research what Puerperal Psychosis was.

Things didn’t settle…..I now believed my life was the Di Vinci Code! The Midwife returned the next day and immediately contacted on-call Doctor. I refused sedation due to breastfeeding so Doctor arranged for me to be seen as an outpatient on the Monday and left a number for Iain to call if he was worried before then. Iain was left to cope with me on his own. l became increasingly agitated and visibly detached from Callum. At around 10pm on the Sunday evening (Day 7) I said to Iain in a growl that haunts him to this day “If you don’t listen to me, I am going to shake YOUR baby”!!!!! Iain describes this as the most terrifying hours of his life!

I was taken by ambulance to a general Psychiatry ward in Whiteabbey Hospital, Belfast. A junior Doctor took a quick history from Iain then he had to leave me there like a lost sheep in a noisy ward full of both males and females with various mental health conditions. He had no idea what was happening to me! He was hysterical but had to get back home for Callum as THERE IS NO MOTHER AND BABY UNIT IN NORTHERN IRELAND!!! He had managed to phone a couple of my friends to come to the house….one waited with Callum and the other went to hospital to bring Iain home (via the ward I worked in for some formula milk….where else can you possibly get formula at midnight on a Sunday in Northern Ireland). When they went home he was literally left “HOLDING THE BABY’ in a highly emotional state having never looked after or fed a baby ever before! My amazing mum flew back over the following morning to be there for me, support Iain and help him care for Callum. She was a godsend!! Little did we know that she would be standing in as Callum’s mum and living in our family home sharing all the “firsts” for the full TWELVE WEEKS that I was in hospital! Yup…a full 12 weeks WITHOUT my baby as THERE IS NO MOTHER AND BABY UNIT IN NORTHERN IRELAND!!

Totally out of the blue, having no previous history of mental health… I had developed Puerperal Psychosis and became a challenging psychiatric patient. I slept very little… frantically writing “The Plan” … pads of paper documenting my heartbreaking/bizarre/disturbed thoughts of angels and my plans for family and friends. “The Plan” took over my thoughts of Callum and I stopped mentioning him. I did not respond to medications alone so had to get the controversial

Electo Convulsive Therapy (ECT). There was a noticeable difference after the 9th session …..Jillian was back! I was disgusted at the contents of “The Plan”, had no further psychosis, stopped writing and asked where my baby was! I had to complete a course of 12 sessions but the good news was that Callum was now allowed to visit!! It had been a full 7 WEEKS since I had last seen him (although I was totally unaware of this at the time). I had a lot of making up to do and a baby who needed me to get better!!

Time with Callum gradually increased. I was getting to know him and bonding was taking place (this I am incredibly grateful for…its not the same outcome for many families after separation). I got day pass, overnight pass…weekend pass and eventually discharged after TWELVE WEEKS in hospital! I cannot begin to explain what the remaining 5 lucid weeks were like in that ward and what it felt like to go back after pass home! Don’t get me wrong, the staff were amazing, especially Paddy the charge nurse and I made friends with lots of the patients (typical sociable me) but I was soooo glad to be home to my husband and baby. Home but still a long LONG challenging road to recovery and a whole other chapter!!!

My Mum had to go back to her own life in Scotland….to my Dad and Sister who had been left fending for themselves (getting flights over to see us at weekends)….get back to her work (had went off sick to come over and sadly on basic pay). Iain (now a manager with Tesco distribution) had a weeks holiday then back to work (during my admission he had to juggle work/Callum/visiting me in hospital/questions/stigma/living with mother in law (I am sure it was a challenge for them both). Medicated, anxious, lacking self confidence, finding it hard to make even simple decisions, I now had to learn how to look after my 13 week old baby on my OWN and face the stigma of the outside world as well as coming to terms with all that had happened! WHY ME??

It was hard, but, I GOT BETTER!!!!! 110% better and our motto became ‘live life like there is no tomorrow!!” We moved back to Scotland and I returned to work to fund the fun things in life. It took me many many years to come to terms with what happened and deal with the sadness of missing out on early motherhood! The hardest part of all was that we had CHOSEN to live in Northern Ireland and had we went back home to Scotland as per original plan…I had the choice of not one but two Mother And Baby Units, our hometown in-between Glasgow and Livingston. Ironically the Livingston MBU opening in Feb 2007 the very month Callum was born. There is NO DOUBT that my recovery would have been quicker and less agonising for EVERYONE AROUND ME had I been under specialist Perinatal Mental Health Care and that thought hurts SO SO MUCH!! We do however get by on our belief that Callum was the least affected. He had his Dad at home, a Nana to nurture him the whole time his mummy couldn’t and then a recovering mummy with lots of time to make up and love to give! He has become a happy, loving, clever, popular, confident young lad and this makes us very very proud!!!!!

Other children are not so lucky and what makes me feel sick to the stomach is that our Callum is now 10 years old and THERE IS STILL NO MOTHER AND BABY UNIT IN NORTHERN IRELAND!!!!!!! Since recovery, Jillian has felt very passionate about sharing her story with health care professionals in order to raise awareness and improve care.

She is a proud member of the MMHS Change Agent Group, passionate about improving services for women, their partners and their families whilst fighting the STIGMA associated with Perinatal Mental Health. Together we can and will make a difference!!