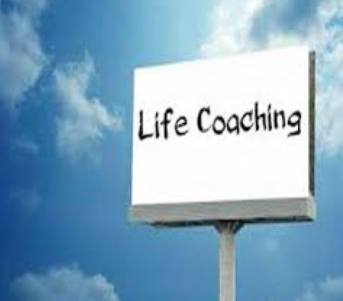 My motherhood journey has been challenging. I thought being a mummy was going to be very different from how it has been. A cousin of mine summed it up well, “it’s like winning the lottery and being hit by a truck all at once and that’s how I felt.

My son has never been a great sleeper and I had lots of circumstantial life changes going on very soon after his birth and I was in a foreign country with just my husband for support. I have never been officially diagnosed with PND but I had every single symptom in abundance. I attributed it to the life changes I had going on at the time, on top of becoming a mummy. I would feel really sad and not be able to stop crying. I felt lost and I really missed myself. I then felt guilty for not loving and cherishing every single second with my amazing little baby. I put obscene amounts of pressure on myself to have everything perfect and I constantly worried about everything and anything.

Six months into motherhood I was a puddle, a discombobulated version of myself. I saw Facebook posts of friends, whose babies were younger than mine, heading out for dinner without the baby and babies sleeping for twelve hours straight at six weeks old. I honestly felt like I would never feel normal again and I missed myself terribly.

My son was waking up to ten times a night and I was hallucinating with exhaustion. I knew something had to change. In the midst of it all I found my self unemployed and ready for a career change so I decided to retrain as a life coach. As I started gaining skills and knowledge I realised how useful it would have been to have a coach after the birth of my son. Life coaching doesn’t look to the past but to the future and allows you to look at the beliefs you have and where necessary, change them. It also empowers you to set goals for yourself and discover how you will achieve them. I know it would have supported and helped me be kinder to myself, adjust to this new role with new expectations and responsibilities. Having a coach would have allowed me to take a step back and see what an amazing job I was doing despite it all and be gentler with myself.

Life coaching also empowers us to change our beliefs or self talk with affirmations. Which, as odd as it sounds, can give great comfort and relief in dark moments and difficult days.

It was during a very frank conversation with my cousin who suffered PND where we stumbled upon the value of an affirmation/mantra or phrase that we had developed/created/made during our dark days. This reassuring phrase works almost like meditation, it reconnects us to ourselves and to what’s is really true and important. My cousin repeated the phrase “the baby is fed and well” when she was feeling vulnerable and unsure and as Lindsay said in one of her blogs, she wishes she could have told herself ” it’s all going to be ok, I promise”.

Before life coaching I usually found myself stressed and panicked and thinking “what do I need to now”. With the aid of my life coach I have replaced this with “I am doing my best”. This shift in self talk reassures and calms me and reminds of what is really true for me. I have also learned the value of making time for myself and asking for help and support when I need it. My son is now twenty months old and I still have difficult days here and there but I am definitely feeling more like myself. Although many factors have attributed to my healing, my coach has been a huge contribution.

I am now a life coach myself and I am coaching clients, with varying goals from career change to controlling panic attacks. I do, however have particular interest in coaching women through the emotional transition into motherhood.

There are many treatments for PND out there and life coaching might not be for everyone but if I can help and support even one mother, it will have been worth it.