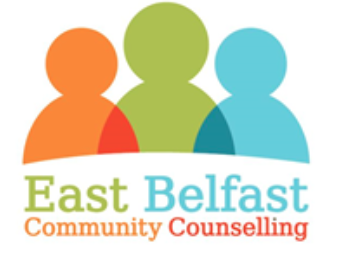 “We are a community based counselling centre, seeing around 150 people week with a wide range of mental health issues. We have around 32 counsellors with a range of different specialisms who are dedicated to working with people to support them and hopefully improve their conditions.  It is my firm belief that there is a mental health continuum which we are all destined to move up and down throughout our lives while coping with the continuous challenges that life throws our way, and it is for this very reason that mental health and access to services should never be stigmatised.  I know that in our service, some people initially come in feeling very unsure, and even in some occasions embarrassed, and that time can be taken to reassure people who have taken the first step towards mental wellness and taking back some of the control over their own wellbeing.  I often tell people that if they were feeling unfit they would go to a gym, or if physically unwell they would make an appointment to see a doctor, coming to counselling should be seen in the same way.

Over the years I have worked with many people with a wide range of presentations, but as a therapist certain people stand out, one such person was a girl who came to see me shortly after her first baby was born, Lisa (not her real name), she had a miscarriage shortly before she became pregnant again, and the pregnancy which had resulted in her son had been anxiety provoking due to her fear of losing another baby, so when her son was born she was overjoyed initially, but after she went home from hospital things changed.  Friends had told Lisa that life would never be the same again when the baby was born, but she told me she felt like a completely different person, small things started to worry her, she didn’t want to go out with friends or her partner, she said she always looked forward to going clothes shopping with her sister, but none of these things gave her any enjoyment but instead filled her with dread.  Lisa had a very supportive family, partner and friends but when she came into counselling she told me she felt completely isolated, even though she was usually surrounded by people.  When we started working together I suggested that it would be a good idea for Lisa to visit her GP and let them know how she was feeling, her doctor spoke to her about antidepressants, but she said she would rather wait and see if coming to counselling would help and if not then she would maybe consider medication.

I worked with Lisa using Cognitive Behavioural Therapy, which is recommended in the NICE guidelines as the treatment of choice for PND, CBT encourages you to explore and recognise unhelpful ways of thinking and then find more helpful thoughts. With PND thought processes may become less rational – you may also become anxious or depressed in situations that wouldn’t have affected you before.  I encouraged Lisa to write down her negative thoughts and feeling during the week and then we worked with them in the counselling room, for example she told me that she felt like a terrible mother and a complete failure who lived in a dirty home, I asked her to think about what someone else might think if they were looking into her life right now, how they might see a new mother doing her best, surrounded by loving family and friends in a “lived in” house.  Gradually Lisa was able to regain her sense of perspective, but most importantly herself again.  She said she really valued the hour a week that she came to therapy, because she was able to say things “out loud” that she was frightened to say to family or friends in case they thought she had lost her mind.  Recovery from PND can be a slow process, but it is always better to seek help if you feel you are struggling.  Lisa still keeps in touch, – last year she had her second baby, and was very worried that she would experience PND a second time, that didn’t happen, but she said she felt reassured that if she had she would have known what to do in order to help her through it.

A research study conducted by a children’s charity in October 2011 found that rates of postnatal depression would be higher than previously estimated. Historically the NHS has estimated that around 10-15% of new mothers are affected, but according to the children’s charity 4Children around 3 in 10 new mothers may experience the condition.

We deliver counselling services at our offices in the East Belfast Network Centre in Templemore Avenue, Belfast, as well as at our new social economy project Thrive which is based in Bloomfield Avenue, Belfast.  All our counsellors are members of the British Association of Counselling and Psychotherapy, they hold appropriate professional insurances and receive monthly clinical supervision.  It is important to remember that everything that is spoken about with your counsellor is confidential and remains private, unless you disclose something which makes your counsellor think that you might be at risk of harming yourself or another person.  If you think you might benefit from some help please phone us and have a chat about services and we will do our best to help you.”

Thank you so much to Roberta and her team for sharing what they do. If you’d like to get in touch, you can find details of their centres online – East Belfast Community Counselling www.eastbelfastcounselling.org and Thrive – www.thriveni.org Please consider contacting them if you need help and support.