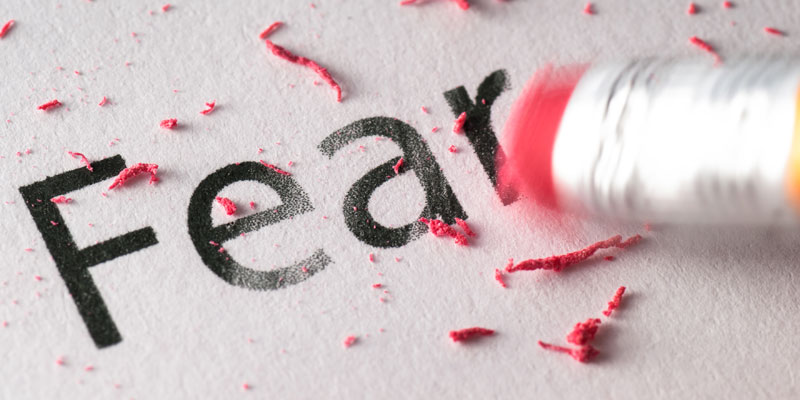 One of the most prevalent symptoms of PND, for me, has been anxiety. Before now, I have never experienced anything as deeply destructive. Yes, of course, at times I’ve been nervous and worried about things – sometimes overly, sometimes with cause. But ‘normal’, ‘run of the mill’ worrying, most of the time in portion to the situation. If not, a ‘good talking to’, long bath, fresh air or family time and things would have come back into perspective. Not so with PND & anxiety.

Anxiety for me is best summed up in one word. FEAR. From the moment I became pregnant, fear entered my life and wedged the door firmly open. During pregnancy, it revealed itself over my ‘size’ which you can read about here and caused me to doubt that I was carrying a baby, never mind about to become a mum. From that point on nothing seemed ‘real’.

But I can remember, as if it was yesterday, the moment that fear took hold of me and never let go. It was like a darkness and depth, from which I could not lift my head; see the light; or get a proper breath. It consumed me. The moment? 10 hours after Reuben was born, when Gavin and Mum left the hospital, full of the joys, and I was left in the hospital bed, full of fear. I have never experienced anything like it. In that moment, the cloud that came over me was black and relentless and it absolutely terrified me.

To this day, it still hangs on but thankfully it has lost its major control. I became afraid of EVERYTHING. That’s a very general statement, so let me try to delve into what that ‘everything’ has looked like.

Sounds stupid doesn’t it? How could a little 10 hour old baby cause me to fear? Well, he did. As I was left alone in my cubicle and looked into the little plastic crib, fear gripped my heart. I was terrified of him – of touching him; of holding him; of doing something wrong; of hurting him; of not being able to feed and sustain him; of him not being mine; of not loving him; of not wanting him…you name it, I feared it. There was nothing rational about this fear. I lay awake all night, using all my counselling/therapy techniques to try to ‘help myself’ but nothing shifted it. I have never before felt the ‘fight or flight’ sensation as vividly as I did the following night. I seriously considered walking about of the door and never coming back. It was like a black hole and I had to hang on tight to life to stop myself, then and there, falling to the bottom of it. But slowly and surely, from that day onwards, I began to sink into it, a little at a time.

Very quickly I became afraid of myself and my own judgement. I began to believe that I could not be trusted to make any decisions, especially where Reuben was concerned. I spent countless hour, every day, looking up everything on google and parenting forums – from how often to change his nappy, to what sort of bibs were best. I doubted myself over everything – my confidence was nowhere to be found and I was constantly afraid that I had got, and would continue to get, everything wrong in life – I had to prepare myself for constant failure and eventually everyone realising it. I was afraid that I had become someone I didn’t know and that this ‘new person’ was about the take over my life for good. I was afraid of her and afraid of the future being ‘her’.

From day one, I hated being on my own with Reuben, for fear that ‘something’ would happen. I’m not sure exactly what that ‘something’ was but it was bad,  catastrophic and seemed possible. We lived near the hospital – in fact I could see it from the front two rooms of the house. It would have taken 5 mins to walk over, and every day I imagined myself rushing Reuben there in the buggy, after ‘the disaster’ had taken place. Deep down, I was so thankful it was there – it felt like a safely net, even though it brought back constant memories of my pregnancy and his, birth every time I opened the door. On other occasions, I imagined myself running out into the main road, carrying Reuben, asking someone to help. Again I was so grateful there was always traffic passing the house – sure that someone would be able to ‘save’ us from myself.

Perhaps, though, the very worst time for me was the night – with Reuben beside me in the Moses Basket. I could not sleep for fear that either he was going to die, or I was going to die. I could not decide which option was worse – maybe both of us was best. The only time I got any rest was if I went to bed at 830/9pm and left Gavin to do with ‘dream feed’ downstairs. That meant I was alone in the bedroom for a couple of hours – bliss. From the moment Gavin brought him to the moses basket, at 1030/11pm, my peace went and fear returned. When we moved him into his own room, I would often sneak out of my bed and listen at the door, to make sure he was still breathing. Most mornings, I would wake, amazed I was still alive and had another day to face. I think I got myself to the point where I was numb to the potential emotional aftermath of something happening to Reuben, as if I had detached myself from how I would feel about it to protect myself, but the fear of it never left me.

About 6 weeks ago I had a breakthrough – I am now able to sleep in the room with Reuben alone and without anyone else. When he and I visit mum, during the week, we share my old bedroom – him in the cot, me in the bed. I had never done that before and I now really enjoy it!! I’m not even bothered by his noisy sleeping and waking up at 7am in the morning is a joy (mostly!) to hear his singing and wanting a cuddle. So, it is possible to recover from the fear. I know that, I just need to give it time.

My only survival was a strict routine. If that was broken, all hell broke loose in my head. I was like a Gina Ford machine, but for nothing else other than to try to relieve the pain the fear was causing. I walked twice every day, at certain times with the buggy. Reuben feed, napped, played at very specific times and I could not cope if a knock at the door/phone ringing interrupted my rest during his morning nap. That would set me off course for the whole day. I was a slave to this routine, I see that now. I needed to know of any changes well in advance – I hid this, by pretending Reuben needed to me kept in his pattern, when in fact it was me.

I hated being out in public with Reuben – except walking – there was freedom in that. I could not face other mums and babies, a cold sweat came over me when I saw them.  I would panic if I was ‘stuck’ somewhere I didn’t think I could leave easily. Asda was my best friend, knowing I could ditch the basket or trolley, at any time, and leave the supermarket and place behind brought safety. Unless I was with mum or Gavin, I did not take Reuben anywhere else. My only two visits to mums’n’tots groups were a disaster and took me hours to recover  – I vowed never to return. I still struggle with them, to this day.

After almost 2 years, my anxiety got so extreme that I became afraid of life itself. I used to beg Gavin and my mum to “lock me in a room and never ever come back for me”. That idea seemed to suggest peace and I imagined I would drift out of life, never to return. That way, at least I would be free of the fear.

When something terrorist related (from any country) hit the news, I would imagine that I was next on their list. That somehow they had ‘found out about me’, or Gavin or Reuben, and were coming for us. I spent many nights awake imagining what that would be like.

We love the box sets like 24, Scandal, Homeland etc but they started to feed my fear. I would end up, during the day, putting myself in the place of the character we’d watched and be filled with fear about what fate awaited them/me. I knew it wasn’t ‘real’ but I could not shift the dread that it brought.

Fear controlled me for 2 and half years, with PND. Slowly but surely, I am starting to take control back. The medication is really helping that – my therapist promised that was one of the key characteristics of it, and is why I’m on highest dose and will be for some time. I try not to imagine what it will be like to come off it and maybe face those fears returning – I will have to take that day when it comes. Otherwise, I will end up fearing fear itself!

As I’ve been writing this post, it hard to accept that PND and anxiety have had such a huge impact on me, or that I have been able to withstand so much for so long. It makes me thankful that I am now getting help and getting better.