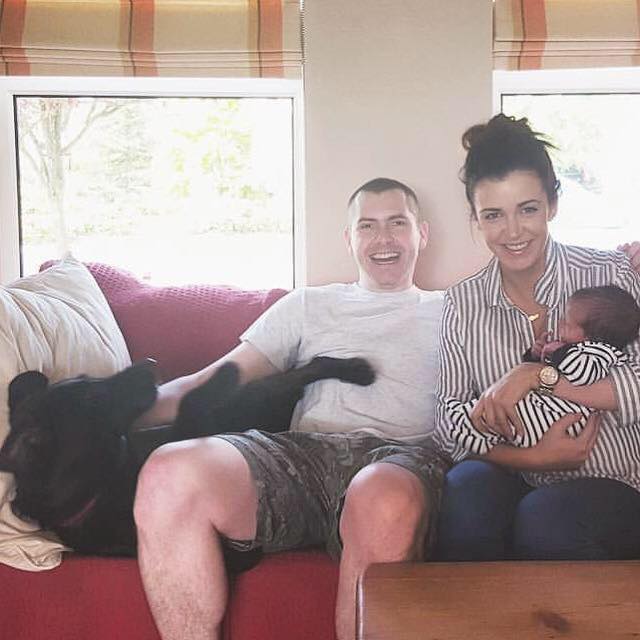 “Ahhh, are your mummy and daddy over the moon with him?”

“Will your mummy be able to help out when you’re back to work?”

and on hearing my southern accent:

“Does your mummy get up here much to see him?” These are just some of the questions I’ve been asked in many forms over the last thirteen months since our little boy was born- in queues; in coffee shops; and on the bus. For the most part, I smiled and changed the topic, and in the cases where avoidance just wasn’t possible, I’ve had to explain that both my parents have passed away (in fact, I’ve discovered there’s a different reaction depending on what I’ve said on a given day: “they are no longer with us” got a sad stare and head shake; while a sleep deprived “they’re dead” got a look of horror that the person in question may have just encountered a psychopath).

I am what one book I read labeled a “motherless mother”. Worse still, I am a “parentless parent”.

The fact is everyone expects that a new mother will be supported by her parents, and it does seem like the natural order. But real life tells us otherwise. Women often live far away from their parents, and relationships between parents and daughters are not always good, or indeed, healthy. Despite this, once I had had my baby, I felt that every single woman on maternity leave in Belfast was purposely hanging out in coffee shops with their mothers. This inadvertent nose-rubbing often made me well up while I awkwardly breastfed, and lament what I simply didn’t have. Sometimes it had this “parentless parent” muttering “I am doing it on my own” defiantly in my head, as I sipped my lukewarm coffee from a paper cup (all the while, trying not to flash another barista). However, this was usually short lived and I ended up feeling my stomach sink to the floor. My mom’s passing before I’d even left school at 19, meant not only did she never get to meet any of her grandchildren, but she never got to see me be an adult in any true sense. My dad’s death came later, but after he’d taught my then boyfriend (and now, husband) what an abomination a well-done steak is, and how everyone needed the joy of Rioja in their lives. He had met my niece and proved himself to be an incredible Grandad. Knowing all this this made both their absences difficult in very different ways. So, while our little boy brought so much joy and more an avalanche of emotions that I could have never anticipated, it also effectively brought about a new stage of mourning. One where I didn’t long for what had been, but one where I wanted to have seen them older, not as just my mom and dad, but as grandparents, occupying that lovely “I can hand him back” role. I now miss a version of them I had never known, or even had the chance to. On the endless walks I did with him in his pram after he was born, and in between willing him to nap, I sometimes tried to imagine what I would be doing if they were both here. I didn’t have my mom on speed dial, or to hand our squishy new born to. I didn’t have my dad to get reassuring bear hugs from. I had just had me. That was a such a scary and sad realisation, when you’re neck deep in “oh, this is tougher than the Instagram mummies make it look”. It also armed me with an acute “Pinteresty” mantra of “I’ve got this”. However, when looking around me in feeding rooms, and in those coffee shops, it soon became clear that none of us “have got this” and we are all winging it, parents or no parents. Those lucky enough to have their parents, have simply more time to reflect on this fact while the grandparents are holding the fort.

It’s important too that while I felt sad for just having a “me”, as the weeks rolled on, on maternity leave, I became aware of, and grateful for, having a “we”. This “we” was my husband, family members and friends. People who brought food, called and texted, listened to me cry that I was certain that my baby hated me, and gave us just the right amount of space to find our feet as a trio. “We” celebrated when he slept through the night the first time, and told me, when I thought I was failing in every possible way, that I was doing a great job. It was this “we” who acknowledged that while our little person didn’t have my parents, they were still very much part of him. “We” listened as I repeated often that he has my father’s oversized square (or “gorilla”) hands, and my mom’s hair. I was (and often still am) terrified that because they aren’t here physically, that this was another chapter in our life that they had been so cruelly written out of. “We” gave enough love and care to make me feel I was going to be okay, that my husbands amazing parents supply so much love that he would never be without, and that my “parenting without parents” didn’t mean another fork on the road away from them, but a new appreciation of them. I will always have moments of genuine breath-taking grief, where it feels like I’m 19 again, except I now have the added layer of knowing that our little person will miss out on them, and they him. I also have moments where I see how much my love for them and their love for me live on in a very real way, every day. From songs that I can remember being sung to me as a baby, that I now sing to him (and just as badly); to pet names I call him. By simply knowing how to show him I love him, as they showed me, he will in a way know them. There will always be well-meaning strangers in queues, and on buses, making assumptions about any given person’s situation, and there will always be mothers and daughters in coffee shops. Losing my parents is, and always will be, a part of me, and my story; I am a “parentless parent”. But now I am also a little person’s “mum-mum”, and that is a new chapter.

2 thoughts on “Parenting without parents”