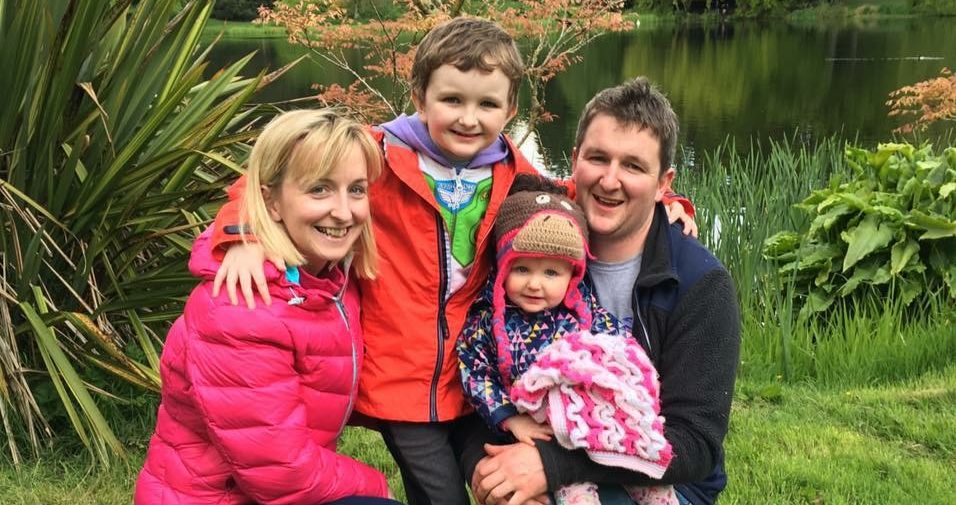 Miscarriages, Fertility Struggles and an Ectopic

After our wedding in 2011 we decided we would try for our second child. We were excited at the prospect. 3 months later and up popped that telltale second pink line! We were having another baby!! We were thrilled and nervous! 5 days later along came pain and discomfort that only got worse as the day went on, I ended up with a trip to A&E  to them find myself in the gynae ward being told that they couldn’t find a pregnancy in my womb! I was devastated!! Couldn’t believe this was happening to me, it happens to other people, not me! I was distraught! I was kept in overnight because They originally thought maybe ectopic but after 48 hours my levels were decreasing too drastically, so they decided I was miscarrying and I was to do a pregnancy test every week until it came back negative. I found this really hard, doing a pregnancy test for it to be negative instead of the other way round.

So fast forward another 3months and another positive pregnancy test, delighted, this was it, this was the real deal, I was getting my rainbow baby! One morning I woke to bleeding! It was happening again!

I then decided I would go privately to a Gynaecologist to see what was happening. I went to see a wonderful Doctor who just looked after me totally, both physically and mentally. She booked me in for a D&C the following day saying that there was a lot of blood clots and blood remaining that was slightly infected and cause further problems when trying to conceive. After the D&C I felt an awful lot better than I had done for the past three months so it was obviously needed.

I now had this overwhelming need to get pregnant, I felt like I needed to catch up with myself, my whole life turned into focusing on getting pregnant, pre-natal vitamins for both me and hubby, ovulation tests, temperatures, you name it I did it!! This only made my need and want greater and honestly did not help the grieving process one bit!

7 months went by and I still hasn’t gotten pregnant, I was obsessed and beside myself! I was put onto clomid and bang pregnant, but again more bleeding so bang another miscarriage. I still had two more months of clomid left so I had every hope that it was going to work! It did and I was pregnant…..more bleeding…..and my fourth miscarriage! I was in pieces! My husband was in pieces! We had numerous tests done, sperm counts, hormone tests, anti-body tests, but no one could find any reason as to why I wasn’t able to carry a baby, especially as I already had my son who was now coming 5.

Time went on by and I still wasn’t getting pregnant. Family members all around me were having baby’s and more baby’s and I had kind of resigned myself to the idea that I wasn’t going to have any more. January 2014 I was feeding my nephew his bottle and I could smell the milk from it, it was turning me a wee bit (he was on neocate, so I assumed it was the bad smell of it just), later that day I had to leave the house when hubby was cooking dinner. Next morning after getting my son out to school I fell asleep in the sofa for 2 hours, my mum said “you must have needed that sleeping for that length of time on the sofa” BANG!!!!! I ran upstairs and got a test, the only test I had, took it and walked away actually nearly forgetting about it! 5 mins later I walked by it and there was a very defined second line, I couldn’t believe it!!!! I drove out to the chemist and bought two different types of tests, they were both blazing pregnant at me! Yes!!!!! I just knew this was it, it was my turn!! And I was right, 9 months later my little bundle came into the world, my princess Belle!!

After her birth I was VERY emotional, I just couldn’t believe she was here, how did I get so lucky to get her!! Then the bad scary thoughts started creeping in, “was she going to be taken away from me now like the rest” I was terrified! I would sit and watch her breath, feel her breath and look for her chest rising and falling! She was in and out of hospital quite a bit with a wee heart problem and servers reflux so I was always running about with her and I was nervous!!

I have always had some level of anxiety there, my son was diagnosed with Autism and severe learning difficulties when he was 3 which played a big part in my anxiety but after she was born it went ten fold. I also have a phobia called Emetophobia, it’s a phobia of vomitting, this got a whole lot worse! Gradually! I would have been having panic attacks every couple of weeks! Doctor out me on anti-depressants and they seemed to really help me! I 100% believe that I had not dealt with the miscarriages and when Belle was born it all hit me and I crashed like a ton of bricks! I still was able to enjoy every minute of my baby and I never took her for granted! But life was hard, harder than I would have like it to be! There were stages that I couldn’t be on my own for fear of being sick! The thoughtful alone terrified me! Was I a weirdo because I was scared of being sick! I didn’t realise that actually it’s one of the most common phobias!

Belle turned 1 in the September of 2015 and January 2016 came and out of the blue I found out I was pregnant again, now this was a miracle, we weren’t trying!! We were over the moon, couldn’t believe it, how amazing!!!! After all the trouble we had trying to get Belle! A week on after my positive test, I started having some light bleeding….ah no here we go again! Pain got worse as the day went on and I ended up in A&E, I was kept in with suspected ectopic!! No way….this is just getting worse!!

I could see the look of horror, fear and upset on my husbands face! I was allowed home the following day with strict instructions to rest and if I got any worse I was to come straight back up! I was still having quite bad pains but I knew I was going back the next day for more bloods…and so I did…my bloods had doubled, I was overjoyed for all of a second! My scan showed my tube had ruptured and I had internal bleeding! I was brought down for surgery the next morning and I had my right tube and pregnancy removed! Just devastated!!

In the weeks following this I was up through the night having panic attacks and my anxiety got so bad!! But I think that was me grieving and dealing with what had happened! Since then I have been having CBT counselling dealing with anxiety and my phobia! I am in a way better place now! I can see light at the end of the tunnel!

I have accepted my miscarriages, fertility struggles and ectopic and I feel blessed to have the children I have! I do plan on possibly having another but I get scared incase I go back to that obsessive place I was in when trying before. I also worry about my mental health. But only time will tell! I have enough to be getting on with with my 8year old little man and my two year old princess!! I look back and I can’t believe that I have had 4 miscarriages and an ectopic but I also can’t believe how lucky I am to have two wonderful children, a loving husband by my side, a fantastic mummy that would do anything for me and friends that I can rely on for anything! I know that me and my husband are perfect for each other because of the difficulties we have went through and it just made us stronger!!