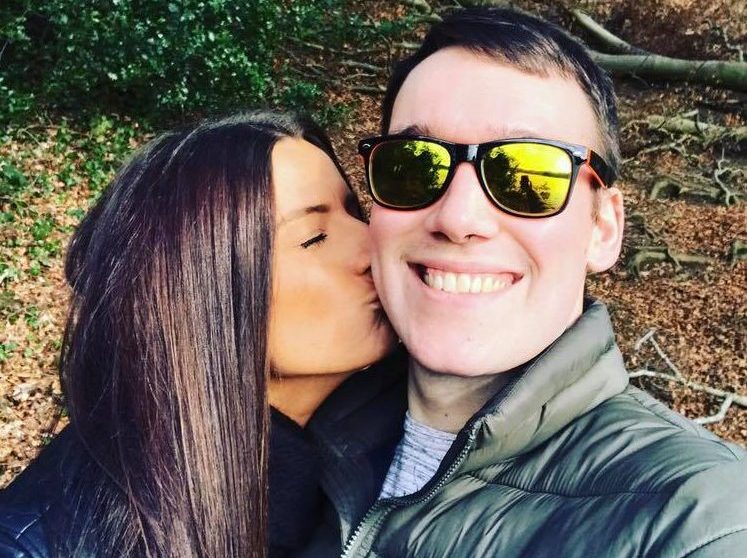 For those who know me and my dyslexia, you will be aware that I would never think of reading a blog never mind attempting to write one. However, over the past two weeks as Zara has begun to share some of our journey of miscarriage, what we have been most surprised about is the amount of guys that have been messaging me about going through something similar with their wives and partners, this has been a privilege for me to be invited into your story. When thinking about the response we decided that the best third blog post would be me sharing my story of what it was like to journey miscarriage as a man. We kind of realised that there are not many places where men can turn to at times like these and if you are like me, talking to people about it isn’t at the top of my agenda or on it at all so I have decided to share my story.

Not to sound weird but, I would be that guy in the room who, if there was a baby I would be straight over to play with it. I love kids and I made it very clear to my wife from the minute we met that I couldn’t wait to be a Dad. All our friends laugh at us because we couldn’t be more opposite. To be really honest it’s only been from the first blog (two weeks ago) that I have stopped to think about what happened during our miscarriage and now this affected me. Not only that but, I’ve tried to write this 100 times in my head and never know what or how to start so I’ll just begin from the weekend I got the text that no husband ever wants to receive.

Saturday 8th December 2018, Zara was going away for the weekend, my only thoughts were, sweet free weekend to watch all the rugby, play the Xbox and eat all the unhealthy food she never lets me have. However, that was not how my weekend turned out. Before Zara left, she was saying that she had some bleeding. She had read so many books, blogs and followed every pregnant person on Instagram and they all said that bleeding was normal so we thought everything would be fine. I got the I have ‘landed safely’ text, however it was quickly followed by, ‘I’m going to hospital this bleeding is getting worse’.

If you will know me, you will be aware that, I am probably the most chilled out guy on the planet, and then there is Zara, who worries enough for the whole of Northern Ireland so, the thought that anything was wrong didn’t really cross my mind. My main concern at this stage was that I was going to miss out on the first scan of our baby. Then about an hour later I got a phone call and as I picked up all I could hear was her screaming and crying at the other end. I knew straight away that we had lost the baby. That phone call was the hardest moment I have ever had. Immediately, I went into husband mode, inwardly asking so many questions but not verbalising them because I knew Zara wasn’t able to answer. All I could manage to say out loud was I love you; it’s going to be ok. Our phone calls kept getting interrupted by nurses and doctors and in between these phone calls all I could think was, why did I let her go? Why am I not there? Is my wife ok? I knew there were no flights that night, so I googled how long would it take me to swim from Northern Ireland to Edinburgh? It seemed like a great option at the time. I just wanted to be with her.

As a husband, I believe my role is to love my wife, to encourage her, to honor her and to protect her. This is the time she needs me the most and we are in different Cities. The fact that I couldn’t do anything but call her and pray, killed me. I sat on the sofa, alone, I felt paralysed, a lack of power, hope and just generally feeling useless at the most important time. I drove round to my in-laws house, to meet Zara’s dad, this gave me 20ish minutes to have it out with God, to shout, scream and even punch the steering wheel. Looking back, I’m very surprised I didn’t crash or set off the air bag.

Zara’s Dad met me at the door and we just stood on the doorstep, he hugged me and we both cried. We then went into practical mode, booking the first flight out in the morning planning how we will get to the airport and putting together clothes for Zara and her Mum as they had abandoned their cases at the hotel not knowing what was ahead.

When I arrived on the ward in Edinburgh nurses were waiting for me and knew that I was coming. They explained what had happened and how Zara was doing but I wasn’t really listening, I just wanted to see my wife. I walked into the room she was in and the hardest bit was looking into her eyes and seeing the absolute devastation. I can’t describe the feeling but, that I totally numbed myself from everything so that I could care for her, that was the one and only thing I cared about. Just after I arrived we were taken for a scan to check if she would need surgery. We sat in the exact places we should have been sitting two days later at our scan but this time it wasn’t the happy time we had talked about and looked forward to, the screen for parents was switched off.

The days and weeks that followed were very hard on Zara and for me, all I could do was to be there beside her. I couldn’t fix it, I couldn’t help her or say the right thing because there wasn’t anything I could say that would help or make it better. The only thing I could say was I love you and that it wasn’t her fault and it was going to be ok. I always need a goal, a purpose or meaning, I wanted to do something practical to help but, I didn’t have a purpose, I couldn’t find any meaning in it and there were only so many cups of tea and hot water bottles I could get for her. I just had to be, she just wanted me to sit with her, be with her, be around her and be there for her. I’m not one of these men who can talk about my feelings, as long as Zara is doing ok, I know I will be ok. It has only been in the last two weeks I feel that I have started to let myself feel (emotionally) and been able to grieve. It feels weird to think that the miscarriage is only hitting me now but as I’m coming out of ‘husband mood’ it really just looks like, well basically someone smashing me in the face with  a brick but the brick is filled with emotions.

Without Zara, our friends, family and God, I wouldn’t have made it through. Zara pushed me to talk about things and I had friends who asked me very direct questions and wouldn’t let me hide and bury my head in disappointment and confusion. It’s important that you remember that there are two people who have lost something. Yes, the woman goes through something major, I am not taking away from that, (my wife is a hero) but I also lost a child and lost out on being a Dad. I had visions of us playing football together or me trying to squeeze myself into a fairy costume that I am sure she would make me dress up in and I lost that too. As men we can’t run from this, it’s time to talk and share how we are feeling. It’s only now that I have seen the number of people contacting us and sharing with us that I realise the need to talk.