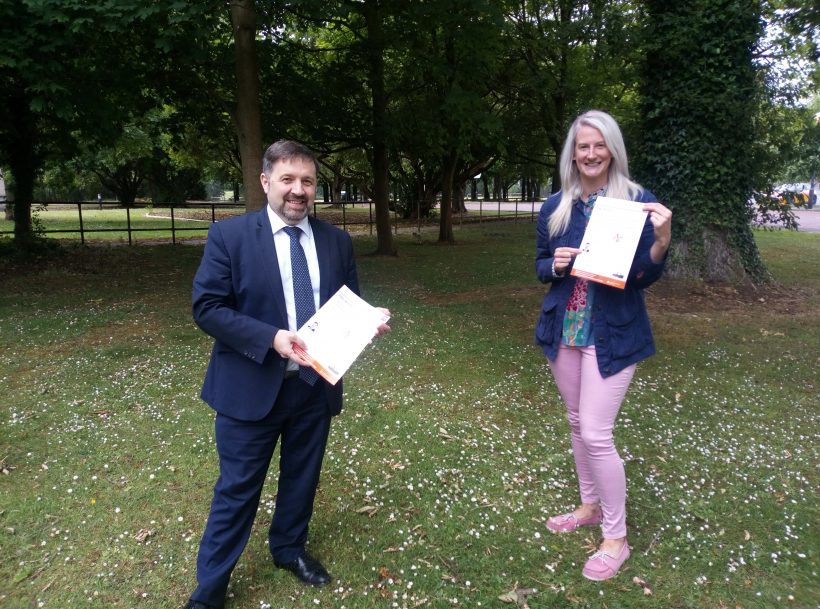 I was delighted to meet the Health Minister, Robin Swann, today (17th June) to mark a milestone in our campaign, with the news of Specialist PMH Health Services in the NI Mental Health Action Plan!

Myself and colleagues are thrilled about this important development.

It’s hard to put into words how this really feels.

I won’t be accessing PMH services again personally (Reuben is almost 7) but I know the huge and significant difference they will make for so many families coming after us.

This news is still very personal for me/us and I’m constantly quite emotional about it.

Five years ago I began to share my experience of battling severe maternal mental illness publicly, from that Have you seen that girl? began.

Four years ago I wrote to the Health Ministers (then Simon Hamilton and next Michelle O’Neill) to campaign for Specialist Services.

From that letter, I was invited to work alongside the RQIA and their review of Perinatal Mental Health Services.

Then I was invited by TEDxStormont to give a TedTalk at Stormont which was a crucial part of the work and campaign.

When the RQIA report was published in 2017, I was able to host an event in City Hall, Belfast (with the support of The Lord Mayor) to begin to push forward those recommendations.

From then, I have been invited to work alongside the Public Health Agency for implementation of these recommendations.

I’ve also had the opportunity to speak (a number times) in both Stormont and Westminster.

I have joined with others like the Maternal Mental Health Alliance, RCPsych NI, Aware, NSPCC NI, MindWise and many more to further the campaign.

I’ve been part of organising the last two NI Maternal Mental Health Conference‘s and I hope to be involved in the next one!

I’ve also bent the ear of anyone who will listen (all of you included!!) about the importance of Perinatal Mental Health Services – I know I’ve been broken record for these past 5 years!

Thankful that I’ve been well enough to lead or be involved in all of this and humbled that I’ve the opportunities.

In the midst of mental illness I could NEVER believe there was another good day around the corner never mind all of this. Life to me was over back then.

I still struggle with mental ill-health. That 2 1/2 year season has left its mark on me. But it also fuelled the passion that has got me/this to this point.

There’s work still to be done as we plan for these services to be in place early next year.

We also still need a Mother & Baby Unit and a commitment to that. We realise we need to continue that campaign and we have discussed at length (as a campaign team) that very issue – more on that another day soon.

I remain committed to all of that personally, both publicly and behind the scenes.

But today was a chance to PAUSE, REFLECT & CELEBRATE.

Thank you to all of you who have helped, supported, encouraged, shared, written, given me hope on difficult days, reminded me to always use my voice and allowed me to be believe in better days ahead – it’s been essential on this journey.

Mums and families in NI need and deserve access to Specialist Perinatal Mental Health services – they save lives.

I’m delighted to be able say FINALLY these are on their way!

We won’t stop until every mum, from any postcode, has equal opportunity for support in the form of Specialist Services and an MBU. 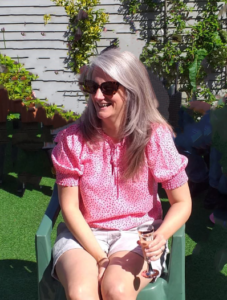