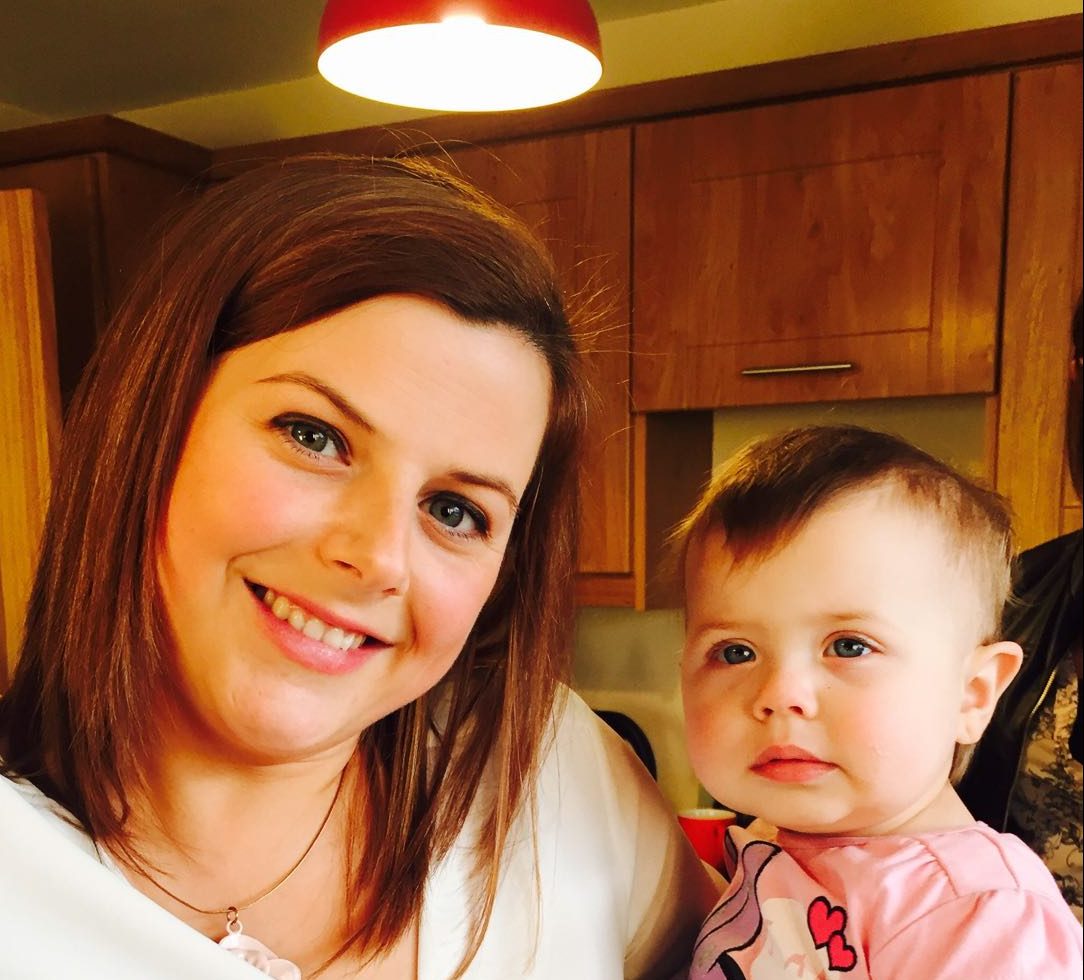 When it comes to me and my story, I don’t really know where to start because it has been such a whirlwind and has all happened very recently. My GP diagnosed me with PND five months ago but I really only accepted that to be true two months ago. I’m not sure exactly when the PND started but I do know when it all came to a head.

I had just gone back to work in September after a ten month maternity leave. My maternity leave was lovely and I was happy, but my daughter Grace wasn’t a good sleeper, day or night, and I hated leaving her with anyone, so I spent ALL of my time with her. I definitely had separation anxiety and was afraid to leave her incase she was upset. I was nervous about going back to work but felt that it’s just one of those things I had to do. My sister offered to be Grace’s child minder which was a massive load off my mind as I could not have left her at a crèche. So off to work I went hoping that once I got into the swing of things I would be fine. Eight weeks later, I wasn’t fine at all. I began noticing that I felt nauseous a lot. I noticed that I would day-dream at work and found it really difficult to begin tasks. I would constantly ‘pop to the loo’ or ‘look in the storeroom for a thing I need’ in order to escape into some solitude. I would feel like I constantly needed a break to try to get my head straight but it never worked. It was like being surrounded by a dense fog all the time. I couldn’t make decisions, I couldn’t think straight and I felt neither happy nor sad just numb and empty. This went on for weeks. I was exhausted too because I was up settling Grace 2-3 times a night. On top of this was guilt. I felt guilty for not doing my job adequately, I felt guilty for not being at home with Grace, guilty for not being a good wife and guilty for just not coping. I wanted to do everything and do it perfectly. One Friday, I felt sick again and just couldn’t bring myself to start the day. So I phoned in sick. My sister took Grace and I stayed in bed all day.

The next day whilst standing at the cooker batch cooking meals for Grace, I said to my husband. “I think there is something wrong me. I don’t know what it is but I’m not myself and this isn’t normal”. My husband hugged me and said, ” You are going to be ok. You need to see the doctor and maybe get some counselling” and started ‘Googling’ local counselling services straight away. I was relieved to have confessed my feelings then I cried and cried.

I phoned in sick again on Monday and went straight to the doctor. I knew that I was feeling very overwhelmed but I never thought for a second it was PND. I just assumed it was stress and exhaustion. I was always very aware about PND. There is a history of depression in my family and I know what it can look like. I was always very honest about my feelings during my pregnancy and once Grace arrived because I was so afraid of getting PND. So when my GP said, “Laura you have PND” I couldn’t believe it. In fact I didn’t believe it. She wanted to sign me off work for at least a month but I said ‘No just one week. All I need is a wee rest and I’ll be grand’. A week later, I took another week, then another week, then another until eventually I admitted defeat and decided to stay off until the New Year.

I started counselling during this time off too and it has been a difficult journey but I always look forward to going. After the 3rd or 4th session I felt like I’d opened a can of worms but my counsellor said it has to be done in order to get to the root of why I was feeling so overwhelmed. Counselling has been an eye-opening experience and despite its challenges I have loved it. January came and went and I still wasn’t back at work. I spoke to my boss and colleagues very openly about my feelings and everyone has been very supportive and caring. January and February were very difficult months. I felt so cross and frustrated with myself for not being better by now. My confidence was completely gone and I felt like a failure.

My doctor had been offering me an antidepressant from the outset but I kept refusing. Through my counselling I plucked up the courage to start taking them. I felt I needed one last push because despite my time off work and counselling I still wasn’t getting to where I wanted to be.

It’s now the beginning of April. I’m in a much better place though the fog still descends around me now and again. I feel more like myself again and have started to really take care of myself.

I’m still on my journey to wellness.