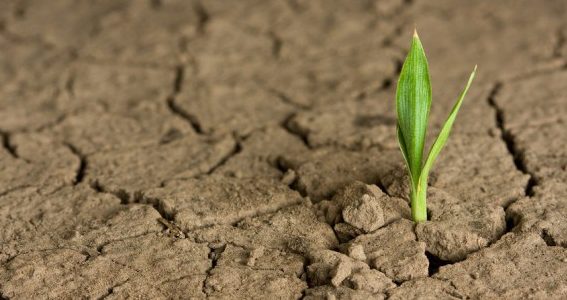 In 2013 my son Edward “Teddy” was born. I thought my life was about to become the most perfect it had ever been, I thought I would be happier than I’d ever been before. I thought I would fall in love with my son instantly. Instead, my life fell apart and I changed forever. This is the enormity of postnatal depression.

“Postnatal Depression recovery stories.” These were the only words I typed into my browser for weeks. My anxiety was incredibly high, I genuinely thought I was losing my mind. Instead of cuddling my son or enjoying his first smiles, I was scouring the internet for undeniable proof that I wouldn’t feel this way forever.

Despite what my damaged mind was telling me, things did get better. I don’t feel that way anymore. So now I share my story for any other mums who might be searching for answers now.

My son was born at 1am on 27 Apr 2013 after 12 hours of labour, an epidural and finally an emergency section. They had given me so much anesthetic at the last moment I became “blocked,” meaning I couldn’t move or feel anything besides my head and neck. I couldn’t hold my son for several hours, and I couldn’t feel when he was feeding.

Looking back, things weren’t right from that very first day. I wasn’t feeling anywhere near the post-birth euphoria I had been expecting. But it wasn’t until eight weeks later the cracks finally began to show.

My son had just begun sleeping better, only waking for one feed during the night, but while he slept soundly at last I lay wide awake. The less I was able to sleep, the more I panicked during the day. How can I take care of him when I haven’t slept? What if I drop him down the stairs because I’m so exhausted? What if I fall asleep on the sofa and suffocate him? Of course, with these anxieties running around my mind all day I was nowhere near relaxed enough to sleep when night came around, and so the vicious cycle continued. I was lying in bed for around six hours each night, my heart racing and my thoughts spinning, until my body eventually gave in and I slept fitfully for between 1-2 hours before I awoke with a jolt, feeling sick and panicked once more.

After six days of sleeping only an hour or two a night I burst into tears during a group I was attending at my local children’s centre. The staff were incredible, they calmed me as much as possible and called my health visitor. For the next few days she came by to see how I was, she listened to my fears and heard how I still wasn’t sleeping. I took all the usual advice – bath before bed, fresh bedding, read a book etc – but this only made my sleep worse. The pressure to sleep increased my panic and continued the cycle.

I was then referred to my local Perinatal Emotional Wellbeing Service (PEWS). This is a fantastic NHS service which, sadly, isn’t available in all Trusts. Fortunately for me, Essex has it and that small team of individuals probably saved my life. Or at least kept me out of hospital.

After they assessed me I was diagnosed with Postnatal Depression. I had been desperately hoping there was another explanation but deep down I knew it wasn’t only insomnia, I wasn’t eating or able to think straight either, all triggered by horrendous anxiety. PEWS liaised with my doctor (who was fairly useless, I’m sad to say) and visited me at home twice a week. Under their guidance, I found the courage to begin taking a combination of medication (a sleeping aid, diazapam for short-term anxiety relief and eventually, reluctantly, an antidepressant).

The medication firstly helped to get my sleep back on track. I was terrified that the sleeping tablets wouldn’t work but 15 mins after taking my first one I succumbed to sleep on the sofa and my husband helped me to bed where I slept solidly for four hours – a vast improvement from how I was. Each night I would fear the tablet wouldn’t work and each night I slept, for an increasing length of time until my sleep patterns were fairly normal again.

Despite the improvement in sleep and appetite I was still suffering from anxiety attacks almost constantly. I simply couldn’t function properly. Once the drugs took some effect PEWS sent round their Occupational Therapist who specialised in anxiety management. I still think of this amazing woman as an angel sent to save me. She gave me some basic, CBT-based tools for managing fear which, with lots of hard work and practice, began to improve my mood and functionality.

Eventually PEWS were able to discharge me when an appointment with an NHS therapist became available. Again, I was very lucky to see a CBT therapist who had a lot of experience with perinatal mood disorders.

One of the most difficult things about this illness is the slow recovery time. In my opinion, medication goes a long way to take the edge off and kickstart your recovery but it can only do so much – therapy is a vital tool for long-term recovery. Through therapy I was able to begin to reroute lots of damaging negative thought patterns.

Recovery was definitely an accumulative process for me. Medication and therapy bore the brunt but there were many other aspects of “self-care” which were vital to me; good, regular sleep; a decent diet; fresh air and a walk every day if possible; supplements; support from family and friends; mindfulness; books and websites like Anxiety No More. And, critically, online support. Postpartum Progress and other blogs, and Facebook groups such as PPD Chat Support have been so valuable to me. Knowing you aren’t alone can help tremendously. In recent years, I’ve also discovered #pndchat and #pndhour – two Twitter support groups run by the inspiring PND and Me – an amazing resource.

Unfortunately, even with these tools, recovery takes time and patience, which is the biggest challenge of all. I remember being filled with despair when I read how long recovery can take for some people but the important thing to remember is even if full recovery takes months or longer you won’t be in that acute stage the entire time. The real hell was lessened in a matter of weeks for me. After that it becomes manageable, life becomes more bearable. You feel stronger and safer. You might not be thriving but you’re surviving.

Experiencing Postnatal Depression was the most frightening, difficult and life-changing thing I’ve ever gone through but it’s also taught me so, so much. Since my initial illness, I have had a couple of anxiety relapses but fortunately nothing like that first time, and I was able to manage them swiftly and fairly easily. Since PND, I know how to deal with unhelpful thinking, I worry considerably less, I don’t sweat the small stuff and I have much more empathy for others. Once you’ve gotten successful help for a mental health issue, in particular for me CBT and general therapy, you are ultimately stronger and more resilient for the future. I’ve experienced a few heartaches recently which, had I never known the horror and pain that is depression and anxiety, would have probably affected me more than they did. I wouldn’t wish PND on my worst enemy but there is no getting away from the fact that it has definitely made me a stronger, more compassionate person.

My feelings about being a mum have altered too. With time and effort I’ve managed to mostly let go of that unrealistic expectation of motherhood I had before my son was born and accepted my new reality, and grown to love the mum I actually am. PND will always be a dark part of my history, and has definitely left a scar, but it has also helped to make me the happier, more peaceful person I am today.

PND isn’t fair. It’s a cruel and terrible illness. But recovery is possible. If you’re reading this and thinking you’ll never get better try to remember that everyone who has ever recovered once thought they never would. And then they did.

Laura is a 30-something wife and mum from Essex. She blogs about motherhood and mental health at The Butterfly Mother – as well as sharing lots of great product and book reviews.