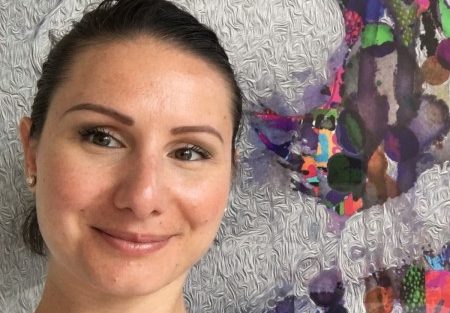 About 3 months into motherhood, I became seriously unwell with Perinatal Anxiety and Depression.  The signs and symptoms were quite subtle at first.  For example, I was anxious when anyone held my baby, I was worried that my son would get sick, I washed my hands many times a day and had a preoccupation with the house being clean.  I thought I was being an excellent and normal protective mamma bear.

However, as time progressed my need to protect my baby turned to hyper vigilance such as not letting anyone hold my baby, constantly washing my hands until they cracked and bled, disinfecting the whole house and weaning off breastfeeding as I didn’t think my son was getting enough milk.  My thoughts and actions eventually stopped me from leaving the house and stopped me from sleeping.  I wanted to be alone with my baby but became too scared to be alone with my thoughts.  It was only when a psychiatrist diagnosed me with Post Natal Depression and Generalised Anxiety Disorder that I received the help I needed.

Prior to me seeking help, I do believe what got me through my darkest days was the unconditional love of my family and friends.  I knew that I would not be judged and that I could pick up the phone and I was allowed to be me: real and raw.  Looking back, it must have been scary, not only for them, but for me, as I would often have panic attacks on the phone, not make any sense and spoke candidly of self harm.  My incredible mother and pillar of strength would be with me when my husband was at work and just listen, as I would ramble nonsense.  Not to mention the love of my husband, who, would secretly call my friends and they would visit and bring me lunch, talk about my challenges and try to get me to leave the house.  I was so very lucky for this support.

So how did I begin to recover?  Well, just like the signs and symptoms of my illness
appearing, so was the subtlety of my recovery.  I didn’t feel rushed to get better.  Time became my friend.  The first step began with visits to my Maternal Child and Health Nurse.  My nurse was the first to mention that I might be suffering from Post Natal Depression but I shrugged it off and suggested I see my GP and give PANDA a call for advice.  I did not know what PANDA was but googled them and read all the recovery stories from postnatal depression, which made me feel I was not alone in the struggle.

After much resistance, I visited my GP, who was incredible and saw through my guise of my son being unwell.  My GP told me she was worried about me and gave me the Edinburgh Postnatal Depression test to fill out.  Not surprisingly, I scored highly on the test.  I am so thankful I filled it out honestly because it gave the GP a sense of how unwell I actually was.

My GP wrote out a Mental Health Care Plan, which enabled me to access 10 sessions

with a psychologist rebated by Medicare.  I did see a psychologist and I still do today, which really helped me make sense of my illness and also helped me bond better with my baby.  I felt like a new mother and was excited for the new challenges motherhood would bring.

My GP also filled out a script for anti-depressants and made an appointment with a psychiatrist.  I believe having a good GP who I trusted and who asked me the right questions, was pivotal to the beginning of my recovery.  The anti-depressants did not work initially and so there was a change in medication.  The new medication took about two weeks to take effect and in that time I was monitored very closely by my family as my suicidal ideation increased.  I was told that this was a common side effect to commencing the medication.

After about two weeks of commencing the medication and regular visits with the psychologist, I did feel the fog lift and I began to feel myself again.  Initially, leaving the house was really hard, as I had become institutionalised in my own home.  I took slow, short walks with my son in the pram.  I would visit my local coffee shop and have a coffee.  It was something I enjoyed doing before becoming a mother and now I was able to enjoy it with my son.  I planned activities with other mothers and, spent time with family and friends.

What message I would like to get across in my story is to seek help early.  By speaking up early and receiving help means a shorter period of being unwell.  I only wish I had sought help earlier.  I am just so thankful I was able to recover.  I now know that there wasn’t just one aspect that was helpful in my recovery but many aspects.  Firstly, knowing that my family and friends were supporting me, even in my darkest days, was a comfort.  Secondly, the professional help such as my Maternal Child Health Nurse, GP, Psychologist and Psychiatrist.  I could not have done it on my own. I was very unwell and needed the medication and the therapy to tackle the underlying issue of my illness.  Most importantly, the love of my son helped me recover.  I could clearly see how much my son wanted his mummy and his unconditional love for me gave me the strength and encouragement to recover.

I want to share my lived experience of postnatal depression to instil hope for anyone going through the illness now.  I want my story to be one of hope that recovery is possible and that the illness is only temporary.  Recovery is not an overnight thing but, rather, a slow climb.  I believe that once you are on the other side of the illness, you will feel stronger, be more patient and kind to yourself, and have a new zest for life, like I have. Josie Smyth is a 30 something Melbourne mum of one.   She currently volunteers with Perinatal Anxiety and Depression Australia (PANDA) as a community educator and hopes to start further training to become a telephone support worker with PANDA.  Josie’s blog is Smiling After PND she wants to give parents facing the same challenges hope that, even in the darkest days, recovery from PND can be possible.