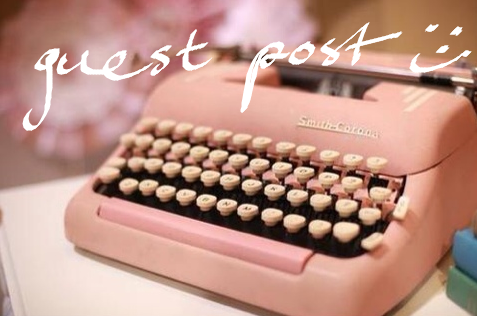 I gave birth to my precious first child, a son, in February 2010, after a model pregnancy, model delivery and I was just the best mum in town. Constantly I patted myself on the back for my ability to do everything so well. They say that pride comes before a fall, and yes, I really fell far. When our firstborn was taking his first steps and saying his first words I got broody and decided with my husband that another child would be a good idea. We’re both Christian’s and for a while I considered the idea of just letting God decide how many children we should have, and to never use birth control again. Well, we thought, we’ll see how things go.

I conceived easily with both children, but about a week after I discovered I was pregnant with our second child I felt that something was not right. I was taken over by a monstrous nausea and vomiting up to 10 times per day. My husband worked long hours in a demanding job, so I was at home crawling on my hands and knees trying my best to care for our 22 month old son. I hated being sick, I could hardly stand up and far too often I would be slumped over the toilet with my toddler patting my back saying, “oh dear mummy”. I felt like I was failing and that my body was being taken over by some sort of parasite.

At this early stage we still hadn’t told anyone we were pregnant, and really I was not feeling delighted with how life was going. At 9 weeks our circle of family and friends found out about the pregnancy after hurried prayer requests and calls were put out – I was hospitalised with hyperemesis and I really was not in a good way. Having anti-sickness injections, eating ice chips, fainting in the toilet and being caught in a wheelchair by a quick-thinking nurse were my reality, and I was starting to get angry. I came home, at 10 weeks pregnant, and dosed on all sorts of anti-sickness tablets. I was functioning, but just about. Husband still working long hours, and minimal practical from family and friends. Pregnancy was not blossoming the way I’d known in my first experience. I was sick and constantly nauseous up until 38 weeks, and even now nearly 4 years later I suffer with vertigo, possibly caused by my inner ear and equilibrium being messed up with constant vomiting.

Our daughter was born in August 2012, and despite being a large 9lb 1oz baby and in the back-to-back position I gave birth easily. Wow, maybe things are picking up now, I thought. I looked into her perfect cute face and thanked God for her safe arrival but begged Him to never let me be pregnant again. My naive ideas about motherhood were shattered, and I didn’t (and don’t) want to be pregnant again. Thanks God, but no thanks.

Breastfeeding established easily, as it had with my son. I was learning how to manage two young children now that my husband was back at work, and doing okay. Friends and family gave us our space, kind of them, but I was having stirrings of isolation and sensed that all was not it perhaps should be.

When my daughter was 3 months old, about a fortnight before Christmas I felt like I’d been hit by a wave. I was choking and drowning, waving to be helped, but everyone just cooed at how cute the kids were and asked me if she was sleeping. I am known for my lack of subtly and was overt in telling people who neither child was sleeping and our daughter was breastfeeding 20 hours out of every 24. I plainly told people: I am finding this very difficult. But I quickly learnt that people hear what they want to hear, and just wanted me to bring the kids to them for a cuddle then go away again to whatever my life was.

Yeah, maybe they were right. I have two beautiful children, a lovely husband, and a sovereign God above us. I can afford to never work again, and am smart enough to do whatever fancy takes me. What on earth was I complaining about? I could cook, clean and look after the house – surely that’s enough to keep me happy? But I was far from happy, and soon I was filled with and flooded by that choking wave again. I was a smart 28-year-old woman and I was going out of my mind with loneliness (despite never having 5 seconds to myself), and feeling like I’d felt as a depressed and anxious teenager. I’d had several years involvement as a teen with CAHMs and frequent appointments for self-harm and suicidal ideation.

I hadn’t harmed myself in years and suddenly I was fantasising about driving into a wall a speed, about walking out of my house and never returning, about taking every tablet I could find in my house. I was seeing bugs in food and on my plain walls. Shadows would make me jump and I could hardly string sentences together. In short, I was falling apart. My son was approaching his 3rd birthday, and my daughter was 6 months of age. I was going through the motions, but really I was in a fog. I was short-tempered, a screaming banshee with my husband and hating every part of my body and mind. But to the outside world I was doing great – managing both kids, doing housework, being sociable.

I’d kept in touch with my pre-child friends and made several new mummy friends. I was open about my struggles and amazed at how many people understood – how many had gone through it, and some were currently in it themselves. I took strength from knowing I was not alone, but still the fear of my thoughts isolated me. I told some older Christians and knew they were praying for me. I poured over the Psalms and took great comfort from knowing that God sustains those who cry out to Him, but I still felt stuck. And now I felt guilty.

I’d been doing everything myself – exclusive breastfeeding, no prams, only used a baby carrier, would not let anyone mind either child. I was so afraid of being a burden to anything that, in hindsight, I realise I was isolating myself and trying to look like Wonder Woman. I felt like no one wanted to help, but perhaps it was more a case of me putting up so many walls and being so touchy that people decided it was safer to not ask.

I knew that I was far from okay, but was adamant that I did not have Post-natal depression (PND). I was more aware of a choking anxiety rather than a depression. I looked on forums and online for answers, but felt worse about myself, so stopped.

I had last seen a Health Visitor when my daughter was 3 months old, in early December 2012, just before the floodgates of my bad moods opened. And I didn’t see a Health Visitor again. No phone calls, no home visits, no letters of appointment. In my paranoia I thought they were not interested in my children, and that felt like some sort of betrayal. In the spring of 2015 I was starting to turn a corner, I could see a light at the end of the tunnel and no longer feared it was an oncoming train. So I wrote the manager of the local Health Visiting team a letter of complaint. I outlined how life had been for me, and queried where they had disappeared off to. I was phoned by the manager who tripped over herself to offer apologies and was full of reasons including: lack of staff, the fact it was my second child and thus didn’t need as many visits. She told me I was within my rights to complain further, up to the ombudsman if I wanted. I told her to never ring me again, as I was beyond the point of needing their help, and I would rather she and her team used their resources to help new mums who needed it.

My GP was also far from helpful, despite being a lovely man. He shoved anti-depressants at me, before the words of my problem were even fully out of my mouth. I didn’t want pills, I just wanted to have someone tell me I was not mad. But he did think I was mad and his parting words to me as I left the room were, “if you end up in a mental hospital I’ll come to visit you” The fact that I had been under the care of a Psychiatrist for 2 years as a teen was known to him as part of my history, and I felt like he was telling me I was a bad person, and a bad mother. I cried for weeks then returned to tell him he was in the wrong to say that to a patient. In the end I left the appointment with anti-anxiety meds and have been taking them, as needed, ever since.

My children are now 6 and 3.5 years old. Nicer children you could not meet! They are great siblings, very lovely children and I know we are richly blessed to have them. But I admit that the early years after my daughter was born are hazy, I can remember very little. She woke up every hour for 2 years and I think that killed many of my brain cells. I look back at old photos and hardly recognise myself, or my daughter. I feel desperately sad that those months have gone and that I was stuck in a bad groove and could not be fully aware.

I feel now that I’m out the other side: no more nappies, no more breastfeeding, no more night wakings. If I’m in public and hear a baby cry I have a moment of panic that sets my nerves on end. I honestly think that another pregnancy and baby would tip me over the edge I got so close to. I pray at night for God’s will to be done, but under that prayer I’m still hoping that His will includes no more babies for me.

I returned to work when my son was in P1 and my youngest was 2 years old. Just a few days per month, but it’s a lifeline of sorts. Our initial plan was for me to stay at home until both kids were at school, but I needed out. I do love my children, and I love the idea of staying at home with them full-time, but the reality for me is that working 4 days per month just saves my mind.

My work is with people who are experiencing hardships of one form or another and I really do pray that God can use my dark days to help brighten the lives of others. I understand what the choking waves of anxiety feel like, and I am quick to try to help new mums realise that adverts and TV programmes lie. Life is not about swishy hair, trendy clothes and children as well-dressed accessories. Rather, life is about the messy reality, the gritty truth that we are imperfect but all in this together to bring up the next generation.

One thought on “Tracie’s Story”