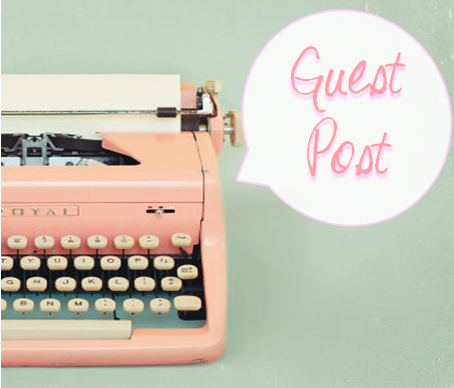 In March 2004 I found out I was pregnant with my second child  I was 21 (first child with my husband) we was both ecstatic, took us over two years to conceive our little boy, he was due November.The pregnancy wasn’t easy, I constantly bled causing me to stay in hospital a lot on bed rest. I was induced 17th November was an easy labour and birth (compared to my first!)
He was a beautiful chubby little chunk with lots of black hair! I had to stay in hospital a week due to an infection in my womb, after a couple of days I got the ‘baby blues’ I wanted to be at home with my husband and son (first-born 4 at the time). I begged to go home! Cried at the nurses. I finally got home, we could be a family Things where great! Baby slept and woke every 4 hours he was an angel.

The months passed I started to feel low and question myself. I felt fat,ugly and unattractive to my husband, we argued a lot, he would shut himself away and we stopped talking, I was so convinced he didn’t love me anymore.I took over doses and didn’t tell a soul.  Months past and I decided to go to the doctors he told me I had post natal depression that had gone into severe depression I felt a massive weight lifted that I sought help!  I was referred to counselling I refused meds.  I was fast tracked due to having a baby. I had got a job (very proud of myself) I went to work one morning on the bus got off but didn’t go into work I carried on walking and ended up at a hospital I can’t for the life remember how I got there! I told them I wanted to kill myself. My husband came rushing into A&E since I was missing the whole day and not turned up to work they had rung home to ask why, I didn’t end up going back.

When I got my appointment through for counselling I was so nervous. I had a lady and she was lovely, we talked about everything! Things from my childhood came up which had played a massive part in depression. I had 6 weeks counselling and couldn’t have felt better. It was like a new me!!

2009
I was loving life! I felt amazing actually loved myself the husband and I use to go on dates all the time, I had a little cleaning job that I loved and gave me the freedom to go on girlie shopping trips!! March 09 I had a very massive bleed was very unusual for a period it last two days, I was on the pill…2 weeks later I was being sick something said ‘Do a test’ …2 lines…positive..I was numb.  I was happy with my life, 2 boys a job a very happy marriage – Another baby? NO NO something inside me screamed this can’t happen!! I told my husband I couldn’t have another he was over the moon!! I plodded on slowly getting depressed again!  My 20 week scan came and saw a baby on the screen, I felt love straight away, I had butterflies I was so excited!! Then I was told ‘it’s a boy’ Ahhhh another little boy!! I remember telling my eldest I was having another boy he didn’t take the news lightly! ‘I wanted a sister!!!!!’ It’s not fair! Another boy to share my room with’.

When I hit 30 weeks my body was telling me to slow down. I had a big craving for cleaning! My bathroom had to sparkle everyday I cleaned and scrubbed. My second child now 4 was ready to go to ‘big school’ so I would have ten weeks to myself before baby number 3 arrived!  Many people told me to sit down and chill but I couldn’t!!  At 31 weeks I decided it was time to have a few lazy days, was hard but I sat on the laptop talking to friends, I had noticed I had felt baby move that day..another day passed still no movement, I spoke to friends/family they said its normal at this stage baby is big and running out of room… something niggled at me it was right! I tried all the tricks but he wasn’t moving. I rung my midwife she ordered me to the hospital for a check. I was strapped to a machine and saw his heart beat was a relief, then it dipped lower and lower the midwife was worried. He was in distress.

At 31 weeks my baby boy was born via emergency cesarean weighting 2lb 15oz
I was in shock.  He spent 11 weeks in NNU we almost lost our little fighter so many times. I blamed myself for it.  The depression was back.  But delayed to when my baby got discharged, it’s like it all hit me. I shut my husband out and for a couple of months we didn’t get on. Until on day we sat and talked before it got really out of hand

2011
We moved to a bigger house in a new area. I was due to have the coil put in, they do routine pregnancy tests I did mine didn’t think nothing . The doctor said its positive, I couldn’t believe it! We were careful but a couple of times wasn’t that’s all it takes…I went home scared what of baby was prem? What have I done? I can’t make a baby go through all that pain again!!  At 30 weeks out fourth boy tried to make an appearance but the labour stopped thank god! I was monitored! At 36 weeks I went into labour. The labour was progressing very slow and he was in distress. So they operated again. He was gorgeous!! 7lb 1oz my fourth boy.

I got home that first night he cried al night cue no sleep for mummy I had gone 48 hours so far so was pretty much lagging. I had a bit of sleep the next day. Second night he cried. Third..fourth… fifth…will this ever stop????  He was very clingy he slept with me till he was 13 months old. During that time I suffered severe depression and exhaustion. I wanted to try meds so went to the doctors.
One night baby number 4 was crying so much I shouted at him:( ‘please stop!!’ My husband picked him up, I cried and wanted to run away! So many times I wanted to go and kill myself but a force was stopping me. Over time the meds helped plus counselling again.

2013
I actually wanted a baby! I said to myself no!! Don’t be selfish. But I fell pregnant and found out I was having a little girl! The boys where so so excited! So was my husband and I! Pink shopping!!!! She was born June 2013 at 36 weeks a tiny 5lb 15oz . Weeks passed and I felt amazing it was summer and I was out in dresses feeling sexy!!!

2014 came I started to feel low due to my self-esteem, I found it hard to go out walk on the street was stared at for looking hideously ugly! I had tried numerous meds but non where helping. I was put on venlafaxine, I’ve been on that almost a year now I’m slowly weaning myself off to try a new one, I’m also back down for counselling my childhood memories keep popping up I need to face that. In hoping one day to be free of this mental illness.