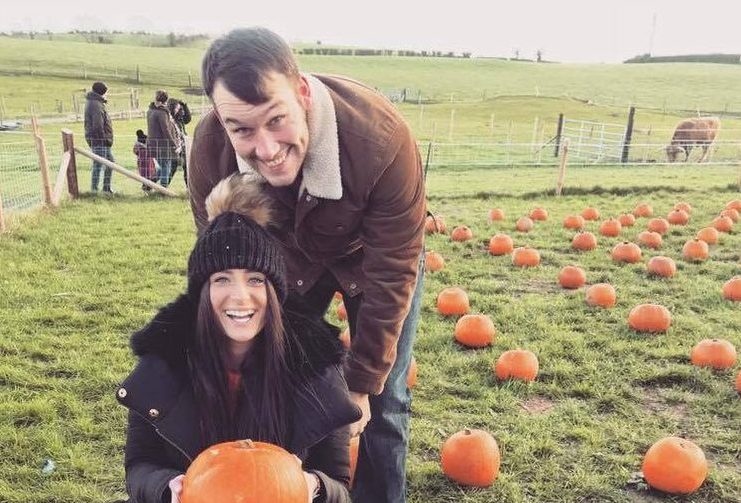 In the first post I shared about our miscarriage, I talked about what happened and discussed some of the emotions and feelings that were attached to our loss. In this post, I want to take the opportunity to share about my faith in it all as, for me, this was possibly my biggest hurdle in the weeks that followed. As a Christian, I can not separate pain and disappointment from faith. As you can probably imagine this post is very raw and real. It tells an extremely small amount of my journey and I contemplated not sharing it at all. However, I hope by sharing my thoughts and feelings it can help put into words what you or someone around you may be feeling and allow healing to come.

A few years ago, through a number of circumstances, I decided that my life would stand on

“Now I want you to know, brothers and sisters, that what has happened to me has actually served to advance the gospel.” Philippians 1:12

I made a choice that, no matter what I would go through I would not focus my eyes on what was happening in the natural but to look up to God. The natural reaction in times of difficulty is to hide and isolate ourselves, therefore, I intentionally decided that my life would look different and instead of wondering “why” I had to go through certain things, I think “what” good can come from this and “what” is God teaching me through it.  I have been through a lot of things where I found this particularly hard to live out, but nothing compares to trying to accomplish it in the midst of miscarriage and the pain and heart ache that comes with it.

The moment the Doctor confirmed to me that I had miscarried all that I could think was “that can’t be right, I prayed and God is taking care of our baby, He is about to do something to make this better, they must have made a mistake.” However, there was no mistake, I had miscarried. I shut down and became so angry with God, the thoughts that raced around my head were not “what good can come from this or what are you teaching me from this?” Instead it was a deep pain, an aching, that God had not intervened in the way I believed he should have and suddenly everything I felt I knew about who God was came into question. What happens when what we believe about God and what we see around us don’t line up?

I know I endeavor to live a life of faith, but sometimes I would rather talk about it, quote it, write it on a necklace around my neck rather than being put in a situation where I have to live it out (anyone with me?).  As I mentioned at the start of this writing my narrative in hard times was always to try to use it to advance the Kingdom and to ask God “what” instead of “why”. When people hear things that I have been going through they normally are intrigued as to how I am ok or how it hasn’t affected me but miscarriage was a different story. I would love to say that as soon as I found out we had lost our baby I began to worship through my pain, I began to pray more and become immersed in scripture, that I lent onto God but, I didn’t. I couldn’t.

On the Sunday just after, I stood at the back of our Church sobbing during worship. We were singing a song about the greatness of God that we believe in a God who split the Red Sea, who spoke the Earth into existence and who has carried out many miracles and all I could think was, “If he was so great why didn’t he save our baby?” There was no point that I believed God couldn’t, but my struggle was with why he didn’t. Why didn’t he intervene?

At this time, I was so angry, upset and disappointed in God that I couldn’t hear about him, talk to him or think about him. It was one of those situations where if I started telling him how I felt, I didn’t ever think I would stop. On one hand I am Zara with a Theology degree who has a grasp of Christian suffering and on the other I am this angry, disappointed, heartbroken 25 year old who has just lost her baby. I mean, I teach people about Jesus, this Jesus who loves them, cares for them, died for them, I had been through hard stuff and worshipped through it but, losing our baby, I had no reference for this, I felt like I was having to get to know a whole new Jesus, one, can I admit, that I felt had let me down. A few weeks later, I was out for a run and the song I walked up the aisle at our wedding came on and all the hurt, anger and a million other emotions came out and my process of healing began. In the rawest encounter between myself and my Creator I cried, I screamed, and he brought me to a place of peace that I didn’t think would be possible again.

As I let myself feel the pain of loss, it was my first step to healing it. I stopped trying to make sense of what had happened right in the middle of my heartache. One day I might see why I had to go through this, or I might never know, and I was beginning to be brought to a place where that was ok. I began to move forward, movement, I believe is one of the greatest tools as Christians we have against the enemy. It was healthy for me to express my anger and disappointment but not to stay stuck in it. In that moment I made a choice. I would begin to move forward, towards truth, one tiny step at a time. Endurance is often the greatest revenge I can give to the enemy. I won’t park where my feelings take me, I will not deny they exist, but I will keep going.

I had been running from God to escape my pain and avoid getting answers to questions that I didn’t want to even ask. I started to run towards him and as I began to invite God into my mess and healing, I was able to start to ask questions like what are you teaching me? I also became open to talking about what we had been through and even the possibility of God using it to help others. I have come up with a couple of things that really helped me in the process. I am definitely not an expert in this, but I just wanted to share them in case they could help someone else in a similar situation.

1. Firstly, we need to be honest with God about what we are feeling, I mean God knows all our thoughts, he knows you are thinking it so be honest with him. I kept hearing songs with lyrics like “You’re never going to let me down” and all I could think as I looked around was “really, every person in this room singing right now, never feels like they have been let down by God?” I feel that as Christians sometimes we can’t be honest that actually, in this moment I feel God has completely let me down and that is ok to wrestle with. We can admit that we are struggling with what we are going through but invite him into the struggle and allow him to help you.

2. Don’t do it in isolation. God created us for community and miscarriage is something that so many people do in isolation because of the whole not telling people before 12 weeks thing. Talk to someone about your experience and allow them to go through it with you. It matters who you go through things with. I was honest with my friends about what was going on and they embraced where I was at on my journey and committed to pray on my behalf until I was ready to do it for myself.

3. Talk to your other half about what you are feeling, don’t shut them out or think they do not understand because they are not dealing with things in the same way that you are. You have both suffered a loss so move forward as a team you are better together.

When we trust God, we do not need to understand. The enemy tried to come and distort my view of God and his character. I learnt not to trust in my senses or feelings but in God’s promises. I was taken to a place of surrender, full whole-hearted surrender. A surrender that says God, I have no idea what is going on, or why that happened but I trust you. I trust that you know what you are doing.

“It’s not that your heart is never going to break, it’s how you let the brokenness be made into abundance afterward” Ann Voskamp.

Read Zara’s first post HERE. Zara will continue to share her story and experience on Have you seen that girl? next week…